I like and have great respect for Richard Branson, founder of the Virgin Group in the 1970s, which now controls more than 400 companies in various fields. Heck, I even like most of Virgin’s products. But I think his view around “unlimited time off" is a bunch of crap.

He is just like a lot of executives: selling a lie to squeeze productivity out of employees to increase their bottom lines.

Companies that have moved to “unlimited” PTO have taken millions of dollars from their employees by telling them not to worry about limits and that they can take time off whenever they want.

Branson talks out of both sides of his mouth saying one thing while doing another. He states: 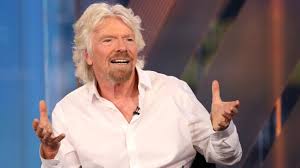 “We encourage all our companies to give indefinite holiday time, paid... If somebody wants to go off for two months, they can... If there’s a wedding or a funeral, they don’t have to ask, they can take the day off.”

Ask yourself: When have you gone away from your job for two months without asking? Not even his employees can do that!

As an entrepreneur, I am not sure how anyone can run a successful, service-oriented business by allowing your employees to just take as much time off as they want.

You just have to look at Glassdoor!

In my view, the only reason he is touting unlimited PTO is because his company provides vacation and travel experiences. And if employees can’t take time off to buy his products, he doesn’t have to accrue hours leading to a better bottom line.

What does that mean to employees? It means that when they separate from the company, either voluntarily or involuntarily, no lump-sum payment is made based on "accrued" vacation that they haven't yet taken. Sometimes, this can be several weeks of compensation, sometimes a month or more.

That's real money - imagine if you did not get paid for a month's worth of work.

Rob is co-founder and CEO of PTO Exchange.

A Message From Our CEO: Seed II Funding

© Copyright 2021 PTO Inc. All rights reserved. US Patent 10,108,933 B1
All statements and advice on this website is general in nature and should not be taken as professional or legal advice.